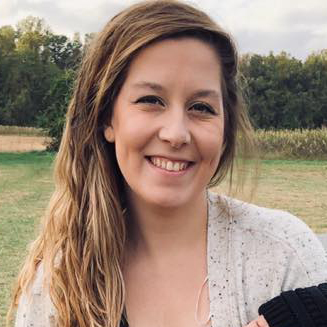 Now that Parker is a few weeks old I wanted to take a second and talk about his pregnancy and birth story!

My husband, De, and I have always known we wanted children, but given the circumstances, we knew things wouldn’t come easy for us. When we got married, we knew the thing we wanted more than anything was a baby. We decided not to do a “wedding registry,” or ask for any gifts, we saved every single penny for months and from our wedding to start our pregnancy journey. We had no idea where to even start, everything seemed so overwhelming until we finally made our first appointment! I’m so glad we chose to go to RADfertility, they made things feel comfortable every step of the way.

Going through fertility doctors to get pregnant definitely wasn’t easy, but Parker made it as easy as possible for me. With the route De and I decided to take, we had less than a 10% chance of getting pregnant the first try. I had months of testing, and monitoring before we could even start the process of trying for the first time. We attended counseling appointments to help ease our minds beforehand just in case we weren’t part of that 10%. I had a few issues on top of the low odds, so we weren’t expecting happy news. Well, what a surprise to ourselves and our doctor when we found out we were pregnant on the first try! As he grew week by week I was so careful in everything I did. I couldn’t think about losing him for one second. He never gave me any morning sickness, any heartburn, or hormone issues when I was pregnant. I couldn’t believe it! He was so good to me during those nine months, I was honestly blessed seeing some of my friends going through very painful pregnancies. I thought for sure since I had such an easy pregnancy that he would give me a run for my money during labor and delivery. 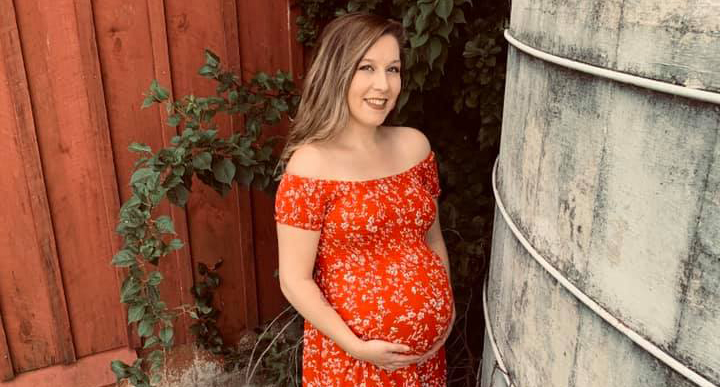 I was scheduled to be induced on Thursday, September 3rd when I would have been 40 weeks and 5 days. On Monday, August 31st I had my last OB appointment at 40 weeks and 2 days. I came home, went into my sister’s room and felt what I thought was my water breaking, except it stopped abruptly.

It was not a lot of water at all like everyone says it is, so I brushed it off as maybe I just peed myself and laid back down. A few hours later I was doing laundry and felt the same thing. But again, not a lot of water! After going back and forth and waking De up I finally decided to call the doctor and go get checked. Thank God I did! I got to the hospital Monday night thinking I was probably being overdramatic and would be sent home. They wound up telling me I had no amniotic fluid left at all! Prior, I never had any indication of having low fluid levels, but apparently just had a super slow leak.

If anyone pregnant is on the fence about calling the doctor even in the middle of the night, do it!

I was so close to just “sleeping it off” and seeing how I felt in the morning. Who knows what would have happened if I didn’t trust my gut. We were admitted at 10 pm on Monday, I wasn’t having any contractions or pain at all.

After a few hours, they decided to start Pitocin, my contractions started to kick in, and I decided to get the epidural (amazing). The epidural was something I was so afraid of, but I literally didn’t even feel the needle go in at all. When I went into the hospital I was only 1cm dilated, and 80% effaced. Soon I got to 2cm, and was lucky enough to take a two-hour nap! I woke up from my nap during a shift change and when the new midwife came in and checked me, I had gone from 2cm to 9 1/2 cm in two hours! An hour later, it was time to push! I couldn’t believe it!

After seeing a lot of my friends and blogs I read about transitioning and pushing, I was so nervous to the point of crying just thinking about starting to push. Everything I’d read said the process is usually so long and painful for first-time moms! I definitely thought I’d be pushing for hours.

Yet again, my baby boy gave me the best labor and delivery I could have asked for! I pushed for 11 minutes, only five times and he was brought into the world! I was so proud of myself, and him! I was so thankful to have immediate skin to skin and I will never forget having my son in my arms for the first time with my husband by my side.

Don’t get me wrong, postpartum is not easy by any means. We had to stay an extra day before we could go home because of my water having a slow leak, and oddly enough once we got home I found myself actually missing the hospital (crazy right)? It was the place I met the love of my life. Something about the nurses coming to check on myself and Parker every few hours was so comforting to me. I’m still trying to get myself back together mentally and physically but I would do it all over again to have such an amazing baby boy. I dealt with a lot of anxiety after he was born, doubting myself that I was doing everything right and making sure he was happy 24/7 and I felt like there wasn’t anyone I could talk to because of the guilt I felt for even having those feelings. I’m not sure why postpartum hormones aren’t talked about more, but my door is always open! I learned to relax and trust my instincts, and we are doing amazing! De was/is constantly my rock. If you have feelings you are unsure of after you give birth, you are not alone!

When I was pregnant, I constantly watched labor and delivery vlogs and positive birth stories because I was so afraid of something going wrong, dying, and everything else you can think of so I just wanted to tell my story in case anyone needed to hear some birth positivity! For some reason it made me feel better to hear other positive stories. 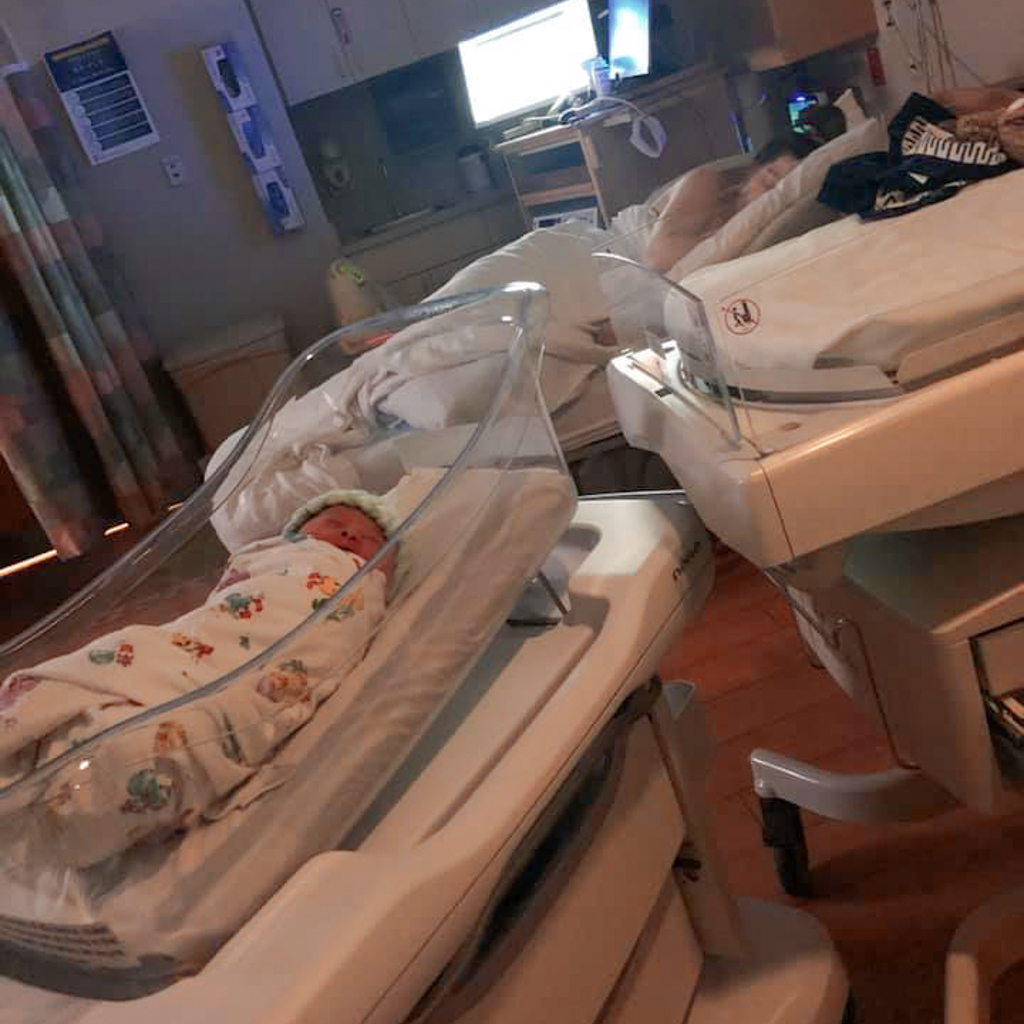 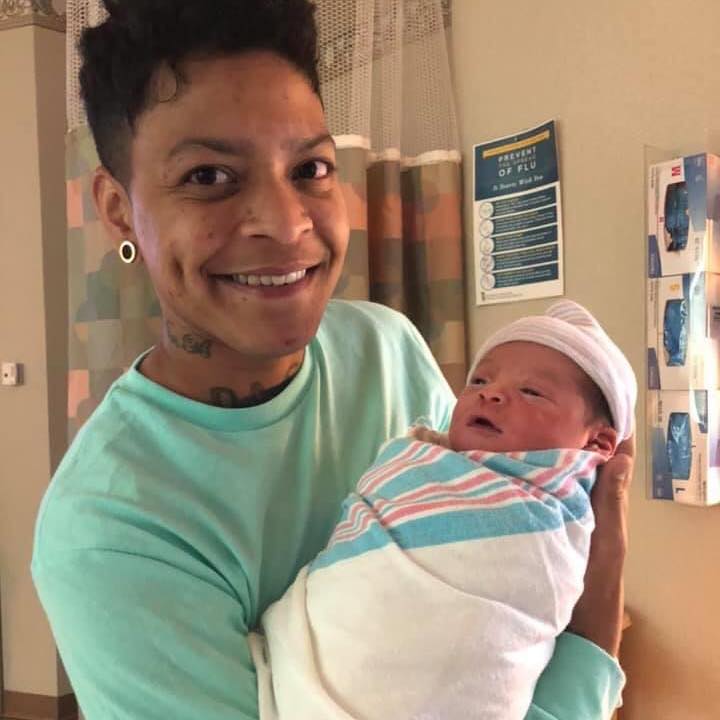 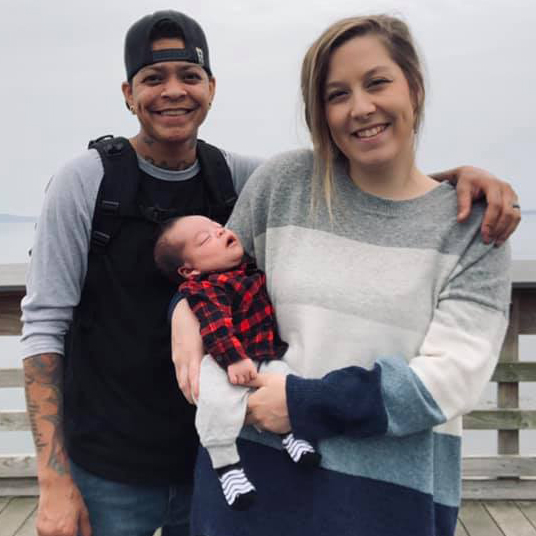 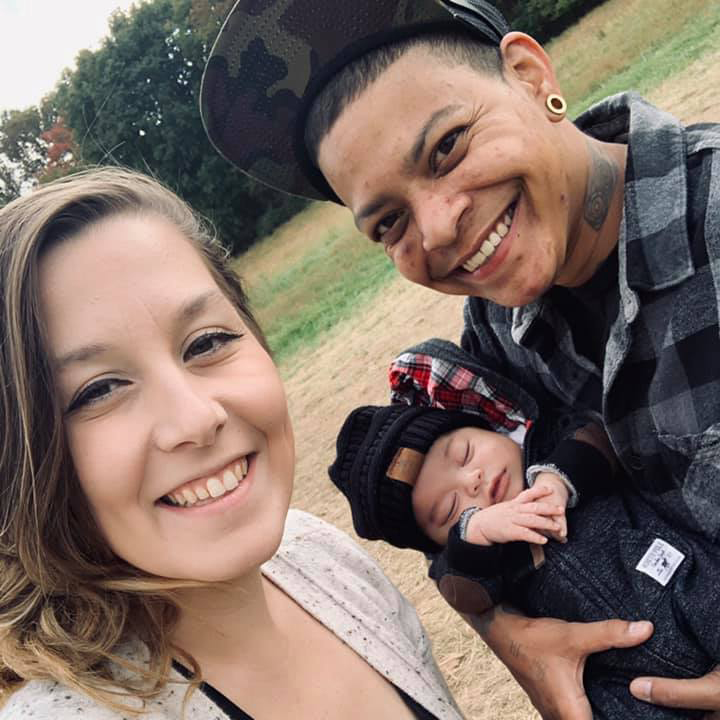