Seeds of Success: The Koss Family

As Laura and Jay Koss sat in their doctor’s office at RADfertility, they felt unsure of the world they were stepping into.

Laura had no problems conceiving her daughter, Jordan, the previous year. But ten days after Jordan’s birth, a postpartum hemorrhage led to Laura having an emergency hysterectomy. Because Laura still had her ovaries, her doctor recommended using a gestational carrier to have another child. However, Laura initially dismissed that option.

“I thought, ‘No one does that—who would do that for me?’ But it just stuck in my head as something I really wanted to explore,” she said. “Our doctor was really willing to work with us. She made what seemed like an impossible thing a concrete and doable process.”

Their doctor explained that because of Laura’s medical history, it was important to stimulate Laura’s ovaries as little as possible to prevent any complications during her egg retrieval. While Laura and Jay began their search for a gestational carrier—a journey that would last several years—Laura went through the egg retrieval process.

Eventually, Laura and Jay found a gestational carrier that was unknown to them through an agency that specializes in surrogacy. They were a little nervous about proceeding with a stranger as their gestational carrier, but moved forward, trusting that the situation would work out for the best. But just as they were about to sign the contract, a member of Laura and Jay’s church would make a surprising offer.

Libby Foester had known Laura and Jay for years through their church, and the couple’s story caught her attention. Although she hadn’t initially considered being their gestational carrier, she felt compelled to help. She and her husband Terry considered the idea for months before deciding to offer.

But Libby knew she had to pick the right moment. One spring day, she invited Laura to the park. As their daughters played on the playground, “We talked about her situation, and she told me the whole story,” Libby said. “It took me about an hour to finally say something.”

As a healthy mother of four children, Libby was a perfect candidate to be a gestational carrier. She had also known friends and family who had experienced infertility, but never dreamed she would have to go through IVF herself. “It may sound weird, but I felt like it was a privilege in a lot of ways to walk the path that so many women have gone through because of their infertility,” Libby said. “I was able to experience it from a different perspective. It has given me so much insight into the pain and difficulties that so many women have to endure. It was really amazing to experience it for myself.” 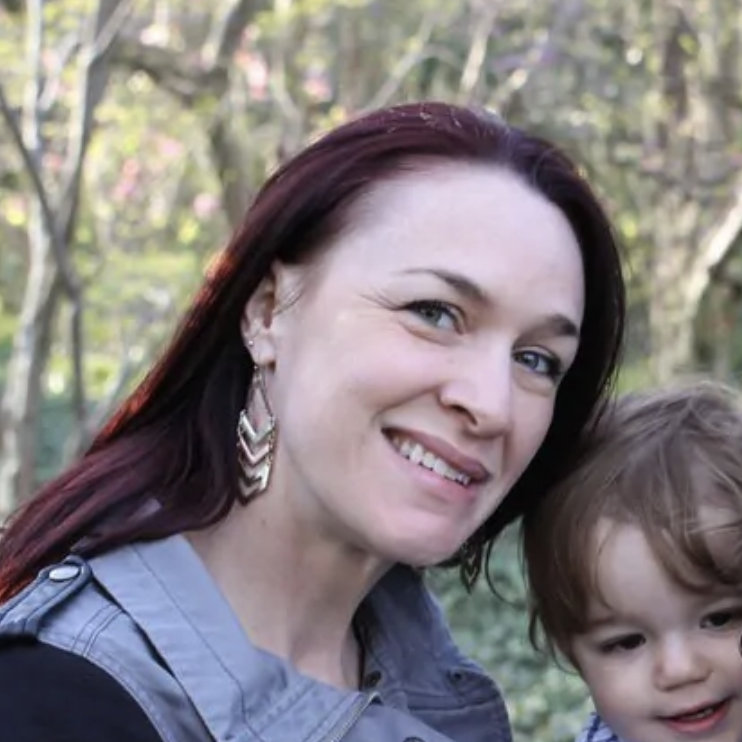 “It has given me so much insight into the pain and difficulties that so many women have to endure. It was really amazing to experience it for myself.”

After talking it over, Laura and Jay accepted Libby’s offer. “When Libby offered, it was like I knew she was the one that was meant to do this for us. She was exactly the type of person that we had prayed for,” Laura said. “All of the anxiety that we had about having someone else carry our baby was gone. We were at peace with the situation and knew that we would be able to weather any ups and downs in the process together.”

One of the biggest reasons Libby didn’t approach Jay and Laura sooner was because she thought the couple might turn her down. “We are in the same group of friends, we go to the same church, and we have a lot of overlap. I thought it would be too close for comfort,” Libby said.

In reality, Laura and Jay saw Libby being in their social circle as a benefit. “The reason why I thought it wouldn’t work out ended up being one of the biggest reasons why it did work out,” Libby said. 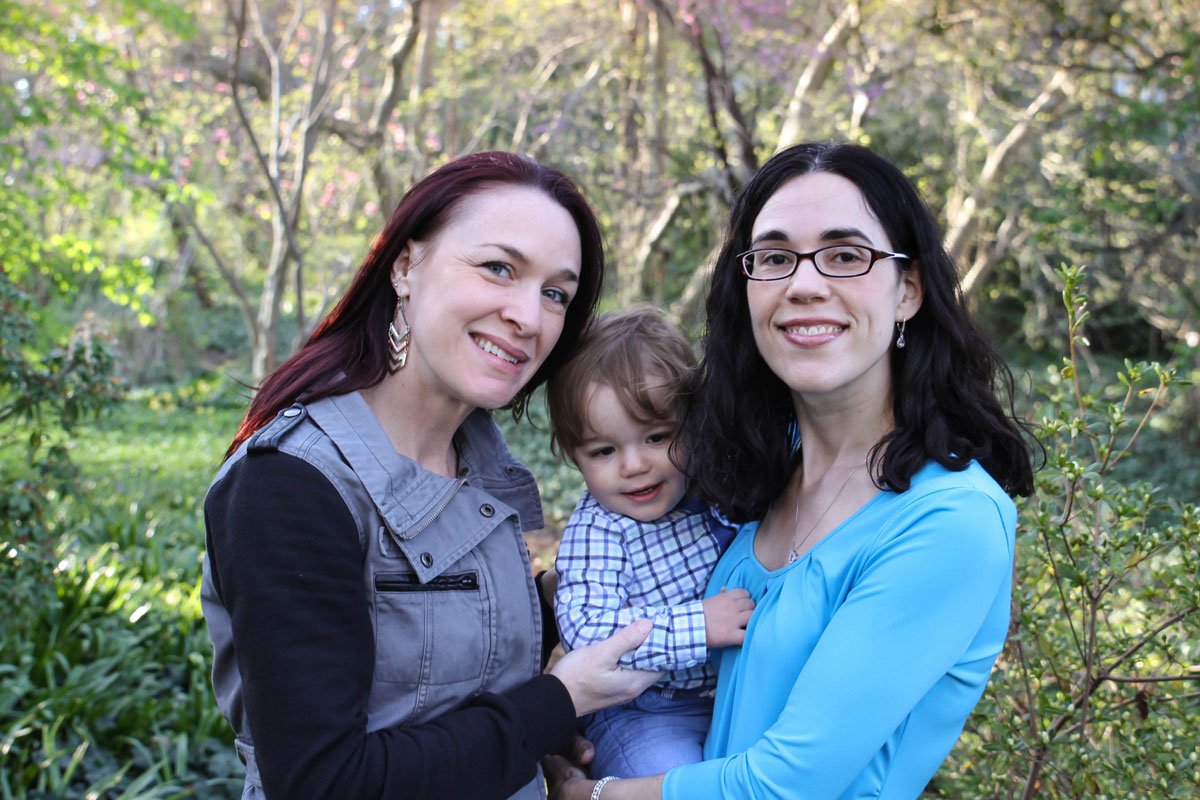 After getting approval from her ob/gyn, Libby met with her doctor at RADfertility to discuss the gestational carrier process. “She really made me feel at ease. She thought I would be a great candidate,” Libby said.

To prepare for the embryo transfer, Libby started taking progesterone—a process that made her uneasy. “I didn’t know how I would do with giving myself shots,” she said. “I didn’t want my husband to have to do it for me. But I handled it pretty well. It ended up not being as difficult as I thought it would be.”

After the transfer, Libby found the two-week wait to learn whether the transfer had succeeded was one of the most difficult parts of the process. “I did what they say not to do: I took pregnancy tests for a week before the blood test at RADfertility,” she said. “They were all negative. I started to feel like it didn’t work.”

“Not a single pregnancy test showed up positive until the day that I went in for the blood test,” she added. “We were so excited it was positive!”

During Libby’s weekly monitoring appointments, Laura had the opportunity to spend time with Libby and see her baby’s progress. “Because Laura wasn’t carrying the baby, it was even more important for her,” Libby said. “I was so thankful she was able to see her baby so often and for us to have that time together.”

Libby said she appreciated the mindset of the staff at RADfertility during her pregnancy. “RADfertility did a really good job making me feel comfortable and involving Laura, viewing her as the mother of the baby and me as the patient. I think that could be really hard to get right, but they got it right,” Libby said. “Every place we went, people were just baffled at our situation. I know Laura and I really appreciated being treated as ‘normal’ at RADfertility even though our situation was certainly not typical.” 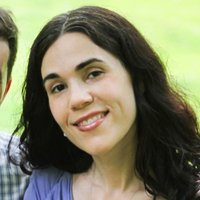 “It was really a miracle to watch your baby being born.”

Having Libby carry her baby gave Laura an experience she wouldn’t have been able to have otherwise. “It was really a miracle to watch your baby being born,” Laura said.

“She cut the cord,” Libby said. “I love that—I think it is such a cool thing.” 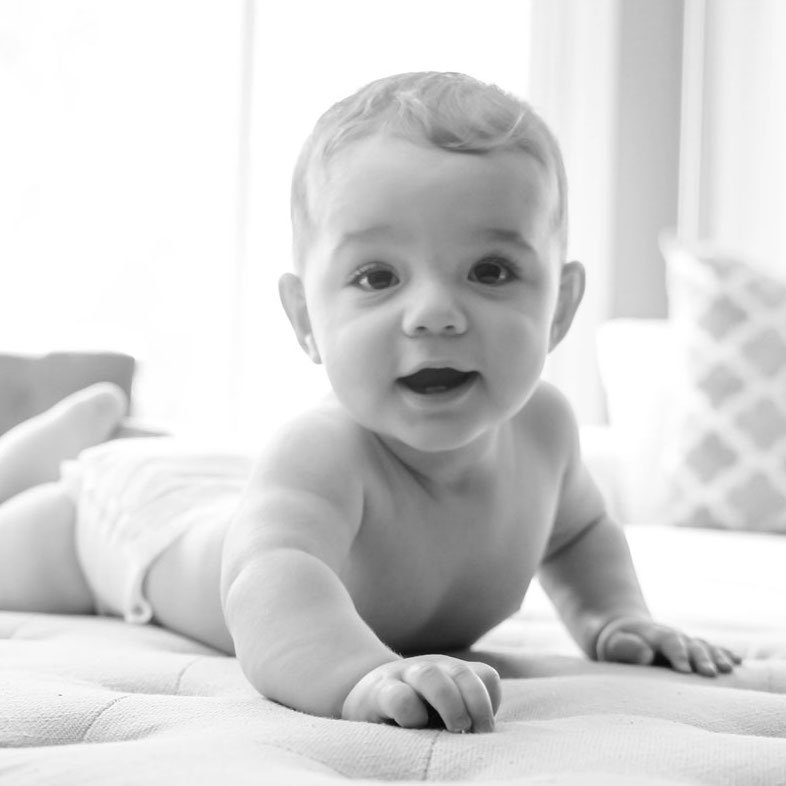 Part Of The Family

Since having Noah, Libby has grown closer to the Koss family. “I feel almost like Laura is my sister, Jay is my brother, and Noah is my nephew,” she said. “I feel like we will always be family to each other.”

“I feel like we will always be family to each other.“

Laura and Jay are thankful that Libby was willing to go through an embryo transfer, pregnancy, and delivery to have their baby. “She was willing to do something that was difficult for her, that wasn’t just a temporary discomfort,” she said. “And now we have our precious son. We are just so thankful for her. We will never forget that—it is priceless.”

Laura hopes their story will inspire others, even though her journey to have a child wasn’t what people would typically experience at RADfertility. “Even though your situation is difficult, you don’t have to be lost in grieving and sadness,” she said. “Something positive can come out of this. There are often options beyond what you typically would imagine, and RADfertility can help with whatever is right for your family.”

Laura and Libby would be happy to talk with anyone who is curious about the option of surrogacy for their family. 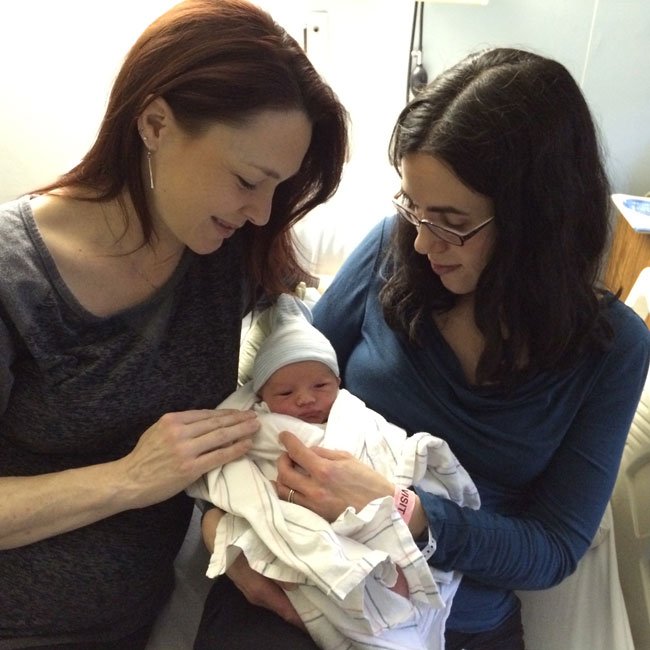 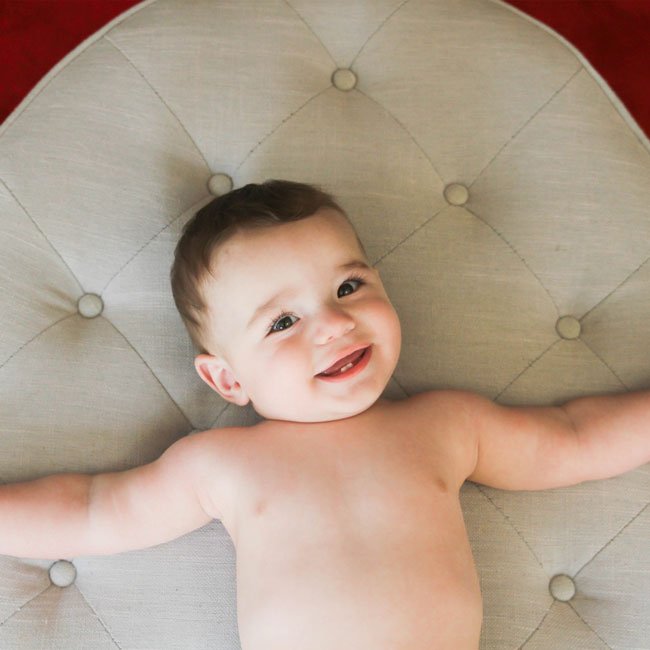 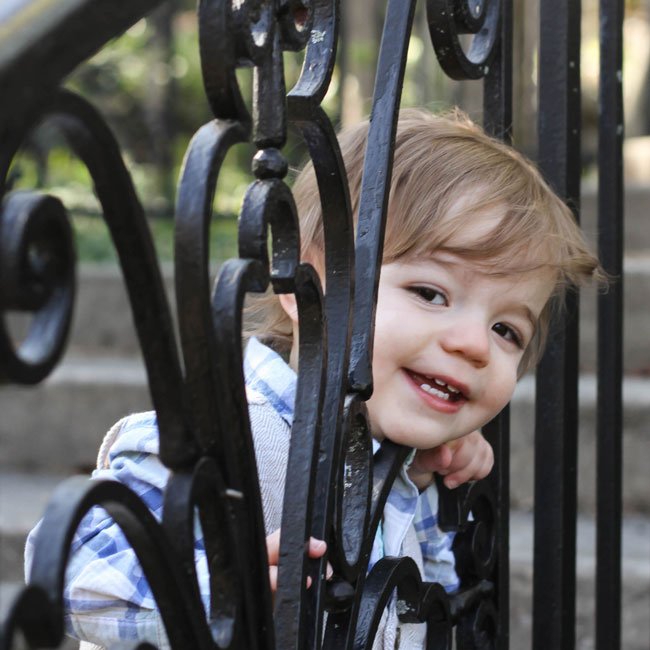 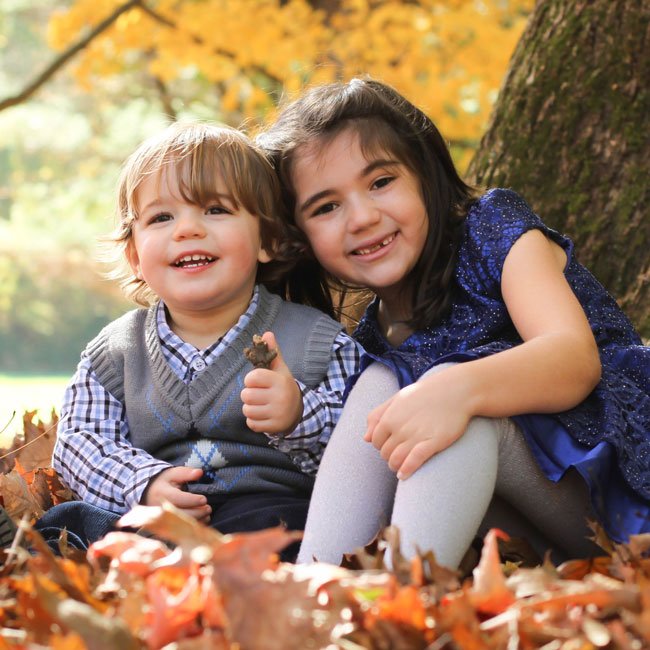 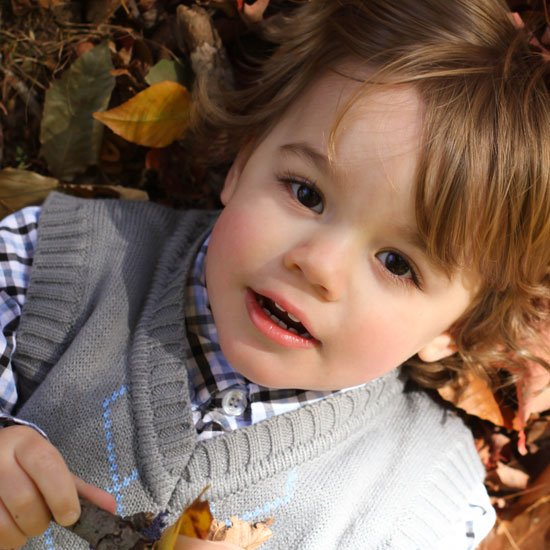 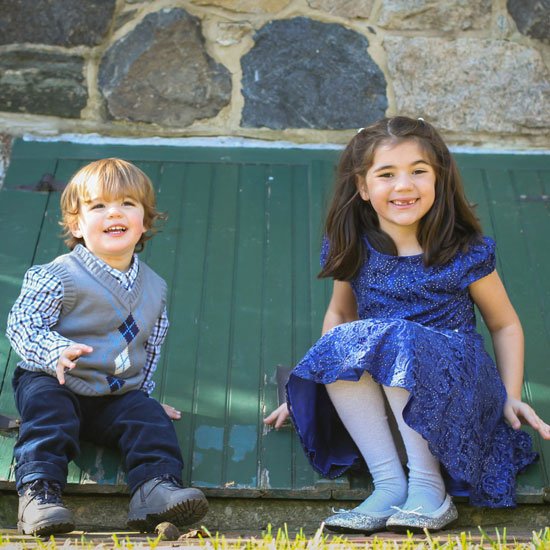 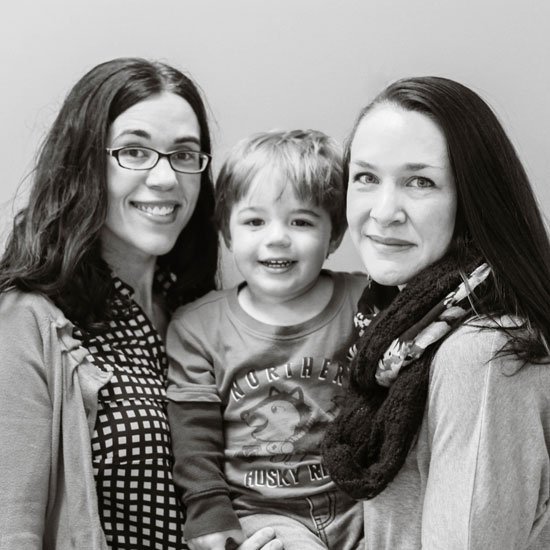 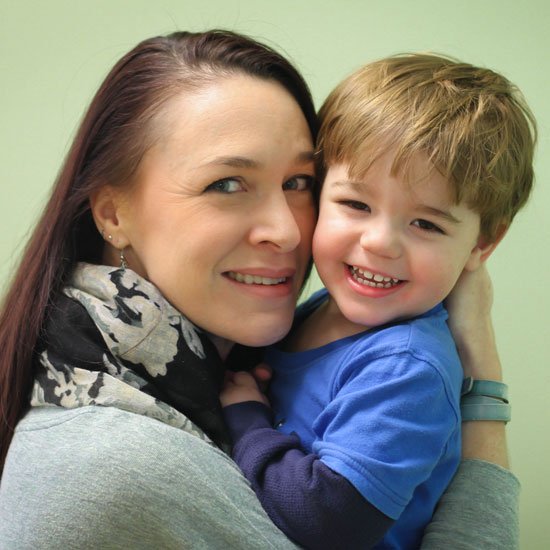 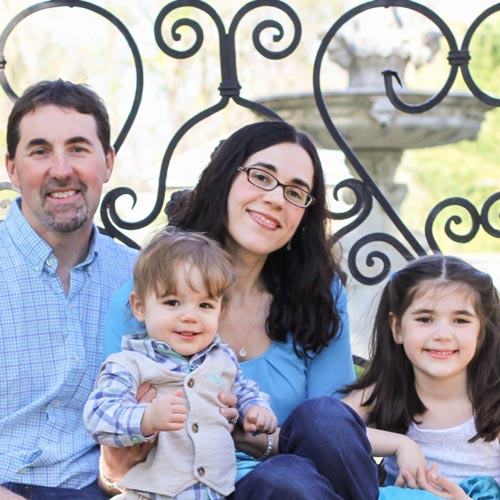 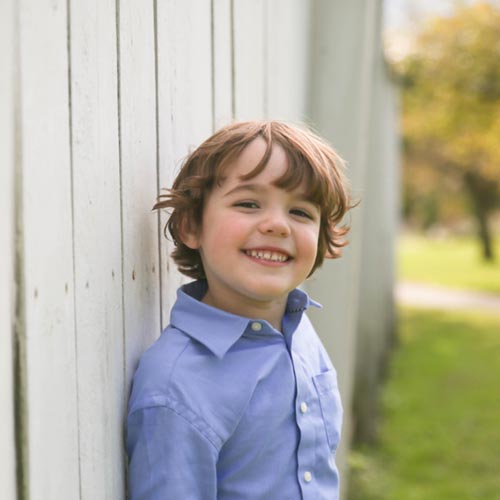 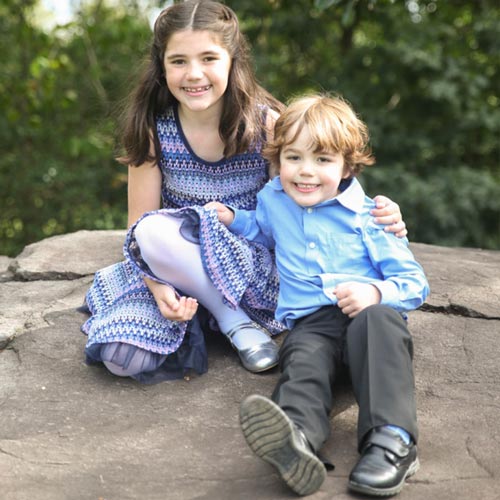 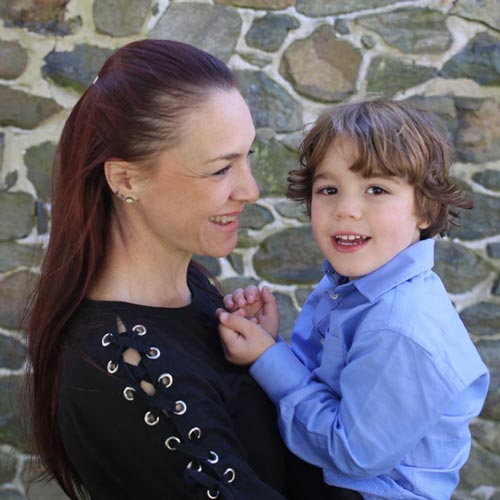